Buy ketoconazole once a day 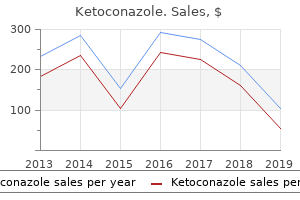 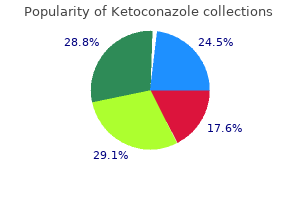 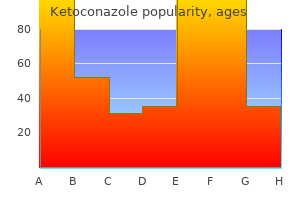 Note the presence of septations in both fetuses fungus acne buy cheap ketoconazole 200 mg on line, and also note that the fluid within the septations (asterisk) is clear in A and echogenic, jelly like in B. Ultrasound Findings the presence of cystic masses on ultrasound in the posterolateral aspect of the fetal neck is suggestive of cystic hygroma. The demonstration of the presence of septations is best done in the axial plane of the neck and upper chest (Fig. A thick septum is commonly seen in the posterior midline neck region corresponding to the nuchal ligament (Fig. When multiple septations are present, the ultrasound appearance resembles a honeycomb. Nonseptated cystic hygroma is seen as cystic spaces on either side of the fetal neck, representing dilated cervical lymphatics. Given the common association with other fetal malformations and chromosomal abnormalities, a comprehensive evaluation of the fetus by detailed ultrasound is warranted when a cystic hygroma is diagnosed in the first trimester. Associated Malformations Cystic hygroma is associated with other fetal anatomic abnormalities in 60% of cases. Associated abnormalities commonly include cardiac, genitourinary, skeletal, and central nervous systems, and the majority can be seen on the first-trimester ultrasound. Chromosomal abnormalities are common, with trisomy 21 and Turner syndrome representing the two most common associated chromosomal 59 findings, reported in more than 50% of cases. A typical syndromic condition to be considered is the presence of Noonan syndrome (Fig. Amniotic fluid abnormalities are common, but they are noted in the second and third trimesters of pregnancy. The outcome is usually good when cystic hygroma resolves prenatally in the presence of a normal karyotype. Note in A and B the presence of an enlarged nuchal translucency (asterisks), measuring 7. C and D: A normal four-chamber view and a normal three-vessel-trachea view, respectively. The risk of abnormal neurodevelopmental delay is currently unclear, and controversial observations 65 are reported. In this section, we present essential points and current literature related to this topic. A follow-up fetal echocardiogram is also performed at 16 to 22 weeks of gestation. Please refer to Chapter 11 for a detailed discussion of the evaluation of the fetal heart in the first trimester. However, it is still unclear whether in all reported cases the 65 relationship is causal or accidental. It is possible that in the future, whole genomic sequencing may be offered in these conditions, but the value of this approach has to be proven in large studies before wide implementation. The components of the detailed first trimester ultrasound examination are presented in Chapter 5. A follow-up ultrasound examination at 75 16 weeks of gestation is also warranted in order to reassess fetal anatomy. Evaluation of the nuchal fold in the second trimester is also important because outcome is improved if the nuchal fold is normal (Fig. A detailed second-trimester ultrasound examination at 18 to 22 weeks of gestation along with a fetal echocardiogram is also recommended. This approach will detect the majority of major malformations and syndromic conditions, many of which can be detected in the first and early second ultrasound examinations. Absence of nasal bone in fetuses with trisomy 21 at 11 14 weeks of gestation: an observational study. Prenasal thickness to nasal bone length ratio in normal and trisomy 21 fetuses at 11-14 weeks of gestation. Prenasal thickness, prefrontal space ratio and other facial profile markers in first-trimester fetuses with aneuploidies, cleft palate, and micrognathia. Retronasal triangle: a sonographic landmark for the screening of cleft palate in the first trimester. Absent mandibular gap in the retronasal triangle view: a clue to the diagnosis of micrognathia in the first trimester. Ultrasound evaluation of the length of the fetal nasal bones throughout gestation. Nuchal translucency and other first-trimester sonographic markers of chromosomal abnormalities. Second trimester ultrasound prenasal thickness combined with nasal bone length: a new method of Down syndrome screening. Frontomaxillary facial angle in chromosomally normal fetuses at 11 + 0 to 13 + 6 weeks. Frontomaxillary facial angle in screening for trisomy 21 at 11 + 0 to 13 + 6 weeks. Frontomaxillary and mandibulomaxillary facial angles at 11 + 0 to 13 + 6 weeks in fetuses with trisomy 18. Frontomaxillary facial angle in fetuses with trisomy 13 at 11 + 0 to 13 + 6 weeks. Frontomaxillary facial angle at 11 + 0 to 13 + 6 weeks: effect of plane of acquisition. Maxilla-nasion-mandible angle: a new method to assess profile anomalies in pregnancy. Brains and faces in holoprosencephaly: pre and postnatal description of 30 cases. Prenatal diagnosis of severe epignathus in a twin: case report and review of the literature. Prenatal ultrasonographic diagnosis of cataract: in utero manifestations of cryptic disease. Incidence of cleft lip, cleft palate, and cleft lip and palate among races: a review. Three-dimensional sonographic imaging of fetal bilateral cleft lip and palate in the first trimester. Bilateral cleft lip and palate diagnosed sonographically at 11 weeks of pregnancy. Ultrasonographic features of orofacial clefts at first trimester of pregnancy: report of two cases [in French]. Clinical significance of first-trimester screening of the retronasal triangle for identification of primary cleft palate. Early prenatal diagnosis of orofacial clefts: evaluation of the retronasal triangle using a new three-dimensional reslicing technique. Antenatal detection of cleft lip with or without cleft palate: incidence of associated chromosomal and structural anomalies. Fetal cleft lip and palate: sonographic diagnosis, chromosomal abnormalities, associated anomalies and postnatal outcome in 70 fetuses. Bilateral cleft lip and palate without premaxillary protrusion is associated with lethal aneuploidies. Ultrasonographic diagnosis of glossoptosis in fetuses with Pierre Robin sequence in early and mid pregnancy. First-trimester diagnosis of micrognathia as a presentation of Pierre Robin syndrome. First-trimester septated cystic hygroma: prevalence, natural history, and pediatric outcome. Cystic hygromas, nuchal edema, and nuchal translucency at 11-14 weeks of gestation. Defects and syndromes in chromosomally normal fetuses with increased nuchal translucency thickness at 10-14 weeks of gestation. Genomic microarray in fetuses with increased nuchal translucency and normal karyotype: a systematic review and meta-analysis. 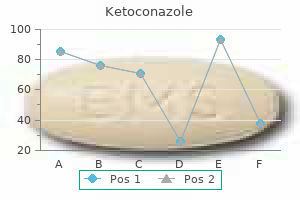 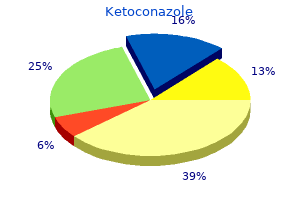 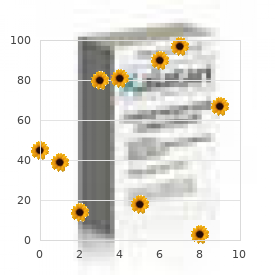